Somewhere in the world, the 2028 Olympic champion is a foal out in a field. He’s ewe-necked, sickle-hocked, downhill and shaggy, with a club foot and a chunk of mane missing, because his buddy chewed it off.

Somewhere in the world, there’s a young horse that everyone says is too short to make it big. In three years, he’ll be jumping Foxhunters, but right now he’s fat and short and no one is paying him any attention.

Somewhere in the world there’s a 7-year-old who can’t turn right, and a 11-year-old who has not shown the ability to put more than two one-tempis together without losing it, and a 14-year-old who hasn’t yet reached his peak, and all of them will be at the next Olympic Games.

Somewhere else in the world, there’s a rider who is thinking of packing it in. Maybe the bills are getting out of control, or she’s killing herself to get enough help in her own riding development because she’s having to spend all her time riding and teaching to make ends meet. She needs change to happen, and she’s wondering if it’s worth it. She’s thinking it’s time to just give up and be a local trainer, to shelve her dreams of international competition. And then she’s going to shake off the doubt, knuckle down, and make a team in the next 15 years.

Somewhere in the world, one of the next great team riders is 9 years old and couldn’t tell if she was on the right diagonal if her life depended on it.

And yes, there are the horses that will be brilliant from Day 1, and there are the riders for whom success both comes early and stays late. But more often than not, history has shown that the unlikely story, the horse who was passed over in favour of his more expensive stablemate, the rider who no one saw coming, is the more likely path to greatness.

Thanks to, and taken from a blog originally written by Lauren Sprieser on Facebook 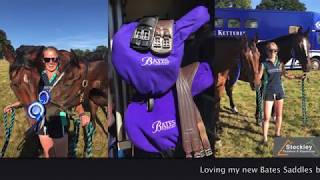